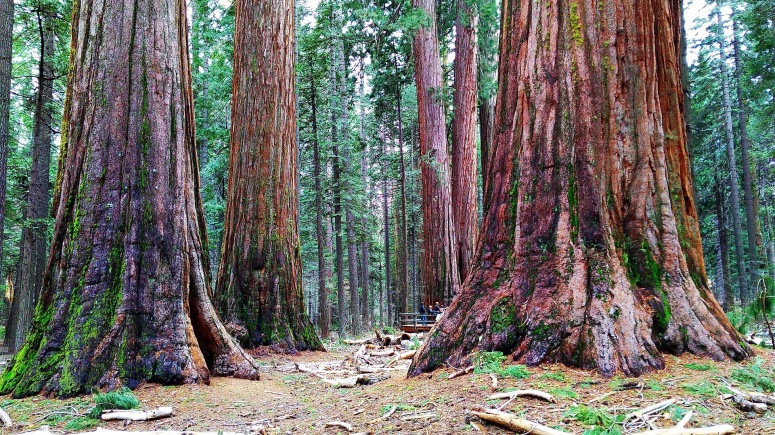 “Twenty years from now you will be more disappointed by the things you didn’t do than by the ones you did do. So throw off the bowlines. Sail away from a safe harbor. Catch the trade winds in your sails” –  Mark Twain

The sequoia is the world’s largest tree and as it so happens, these prehistoric plants are about as old as they are large. For decades we’ve done an amazing job “protecting” the sequoia from the ax and the flame. We have broken the fire threat down and prevented them completely in these ancient forests. Now, the forest floor sits filled with deadwood comprised of old plants, dying shrubs, and brush stretching toward the sky. This deadwood would now fuel a fire so powerful it would dessimate the entire forest, taking the mighty sequoia trees with it.

But the fire which threatens the forest wasn’t always so powerful. The deadwood of many years sits dormant, awaiting its inferno.

There was a time small fires would clear out the deadwood, spark new growth and even allow the great sequoia’s seed to plant itself on the forest floor. A little bit of discomfort experienced regularly resulted in new growth. It resulted in progress.

Let me tell you it is often overlooked. The things we avoid to deal with. They lay rather unassuming on the floor. They really don’t appear to be an issue; but as it sits, it causes a threat beyond what we can understand. It sits waiting for the spark. The kind that ignites an inferno. We avoid these fragments because they are covered by a false sense of limitless time…. but as it turns out, time is anything but limitless.

It all builds up. The small fragments of items not dealt with. Those items neglected by inaction. The nuggets of regret, anger, sadness and laziness. The items we avoid because they add to our current discomfort level. These fragments build a layer of our own deadwood, surrounding the aspects of life we hold dear. Like the boxes of a hoarder, they slowly clog our hallways, smothering our movement.

What’s the answer to clearing out our deadwood? Well, it comes down to igniting that small flame. Ignite it regularly. Never allow the flame to become dormant for too long. Like Chris Moore once said “stoke your fire“. Let it consume everything that lingers and drives us mad, as it than allows for new growth, as it moves you in your path.

We do not have limitless time just as the forests does not have limitless space. We must endure tastes of discomfort in order to avoid the catastrophic meltdown. When does this meltdown usually occur? When we hit a certain age and feel our finite existence. When we realize we hold regret for those little fires we failed to ignite. Now we have an inferno on our hands.

There’s a project sitting and waiting to be started. It’s on you to start it, to chip away at it. There’s a goal waiting to be reached, begin reaching. There’s a small fire waiting for a spark, ignite it. Don’t allow the shadows of unfulfilled challenges, goals, plans, projects or endeavors to build in you. Never carry the flammable debris of regret. Stoke your fire and avoid the inferno.

One thought on “Deadwood”