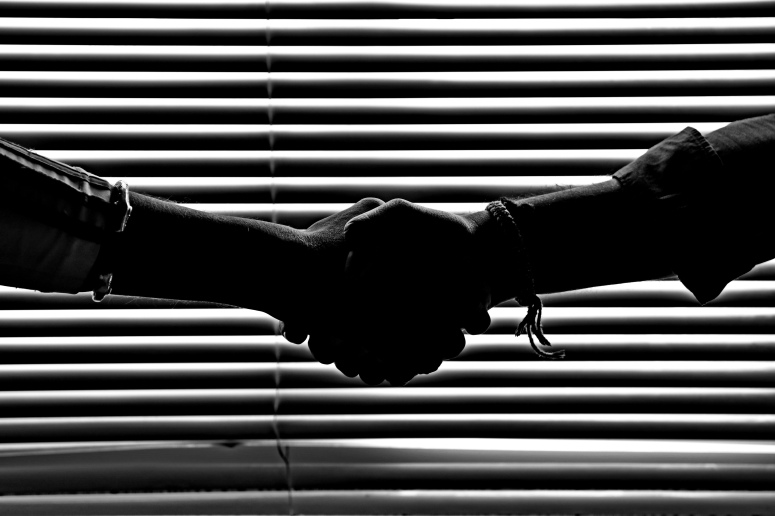 “When you run, make sure you run toward something and not away from. Lies don’t need an airplane to chase you anywhere” – Avett brothers

Beer and Wisdom is my attempt to bestow some knowledge acquired while consuming a rather delicious alcoholic beverage. A quick thought often finished prior to the glass running empty. Today’s beer and wisdom, I dive into truth. The world is a complex place, people being a very complex part of that world. We interpret our world by accepting what we know as truth. We build relationships based on truth. When it comes down to it trust and truth are the single most important commodity in our relationships. We are only as good as our word. So, live up to who you say you are.

It’s no special occasion; however, I just cracked open a bottle of Goose Islands Bourbon County Stout. If you’ve ever experienced this barrel aged stout you know its 14.5% ABV is no joke. Many rush from liquor store to liquor store looking for this very limited release beer. But, here I sit on a Wednesday, enjoying some quite time before the madness begins.

People are not often who you thought they were

Today, I begin by saying people aren’t often who you thought they were or who you hoped they were. That’s the reality of human beings. We have complex brains and being a person looking in can leave many unanswered questions. If you, for example, had a glance into my mind you might be surprised as to what you see; however, I often find myself fighting to be true to who I am and to hold myself accountable for my actions. My hope in life is to live in accordance with my “ethos” or guiding principles. Key word on “hope”, we are after all savages in fancy clothing.

I will warn you now that I happen to be a bit jaded when it comes to people. In my line of work, I see people at their worst. This has given me a very fine skill set of what some may call a “bullshit” detector. My job is to be lied to and my goal is to figure out that lie, to figure out what you have going on behind the scenes. I am not saying this is skill has always been a desirable one, I have at times found myself reading every move of the people I love and gauging wether there is a violation of truth, not good.

Skeletons in the walk in closet

I have found that outside my job, very normal, or apparently normal, people live with secrets. They put on a face of happiness or fidelity. But, once you scratch the surface and peer inside their lives, you see a different story. Their actions contradict the words that come out of their mouth. They may preach the words of god or a whistful philosopher, only to scurry off in the darkness to acquire more Skelton’s for their walk in closet. I often ask myself this question, why are so many not living in accordance with their “ethos”? Why do so many take to the dark secrets and lies woven tightly around their lives? I don’t ask these questions because I feel above the treacherous acts of others, but I ask them because I need to understand how it is some have fallen off the path and how I can avoid it at all costs. Like I said, we are just savages in fancy clothing.

The truth can be hard

One obvious answer, as to why seemingly normal people live in lies, is that its just easier. It’s hard being truthful. It is far easier to lie and deceive, that way the ones we who rely on us don’t get hurt and we get to do what it is we want. Why confront the issues ahead of us or show our true selves, when we can escape the truth and live a separate set of principles? Our words can build the foundation of trust, but our actions can tear that whole bitch apart. It is a courageous act to be truthful, its not easy. I have found myself to not be truthful and the number one is reason is that’s its easier to lie; however, like the Avett Brothers once valiantly wrote in a song: “The weight of lies will bring you down and follow you to every town ’cause nothing happens here that doesn’t happen there’ so when you run make sure you run toward something and not away from. Lies don’t need an airplane to chase you anywhere” (The weight of lies, Avett Brothers). Lies are easy, yes, but when they find you, they will destroy the fiber of everything you built.

I’ve been wrong about people, that’s a fact. I have judged some harshly only to find they were actually good folks. I have also judged some fairly, only to find a knife heading with intent toward my back. Recently, this came in the way of a person I gave a second chance to, only to find they were probably worse than my first assessment of said person. Here’s a tip, if you’re gonna be a sneaky asshole, just be one, don’t pretend you are not. But, I digress, this is not a revenge piece. It’s an inquiry into who it is we say we are and who we actually are.

I often struggle as to how I can teach my sons the value of truth. The value of living an honorable life. Theses terms seem so lost in an era that rewards fast hits of success at any cost. How do we teach them to avoid living a life of lies? That’s a hard question, maybe that will require another beer and wisdom session.

Your actions define who you are

As you go on with your day know this, you are not who you think you are, you are how you act in your environment. You are the actions that you take and the actions you don’t take. You can preach the good word until you are blue in the face, but what you do is where those thoughts meet the road. People are natural born bullshit detectors, police training not needed. Lies are easier than truth, but things worth doing are often the hardest ones to do. The easy path wont take you far. Eventually, someone will figure you out.

We cant control the actions of others, that is true. Nor, should we try to. People will be who ever they want to be. We can only control our own actions. We are only responsible for our own actions. We must also not judge so critically those who have lost the way, because we never know what our own cards hold for us in the future. But, we should also not allow those idle people to make there way into our lives. In the police academy we were always taught one thing “Don’t watch the mouth, watch the hands”. That tip holds true outside the beat as well as in. People may say one thing, but don’t get sucked into words, look at their actions.

Well, that’s the end of this session. I mean not to make readers untrusting of others or jaded. For every one bad person there are hundreds in good ones. Find the good ones and stick with them.